This week in Writing Buddies, our groups embarked on an adventure to discover who would win between a crocodile and hippopotamus. A tough question to be answered. Read on to see some responses, persuasive and imaginative, from our groups. 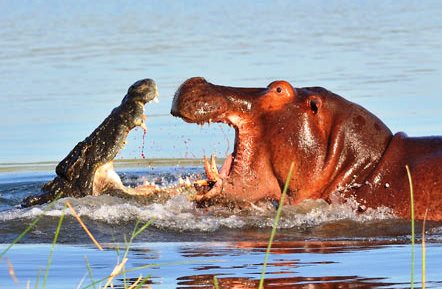 I walked across the hot earth of Africa hoping to find a source of water. After miles of walking I finally found a waterhole and t 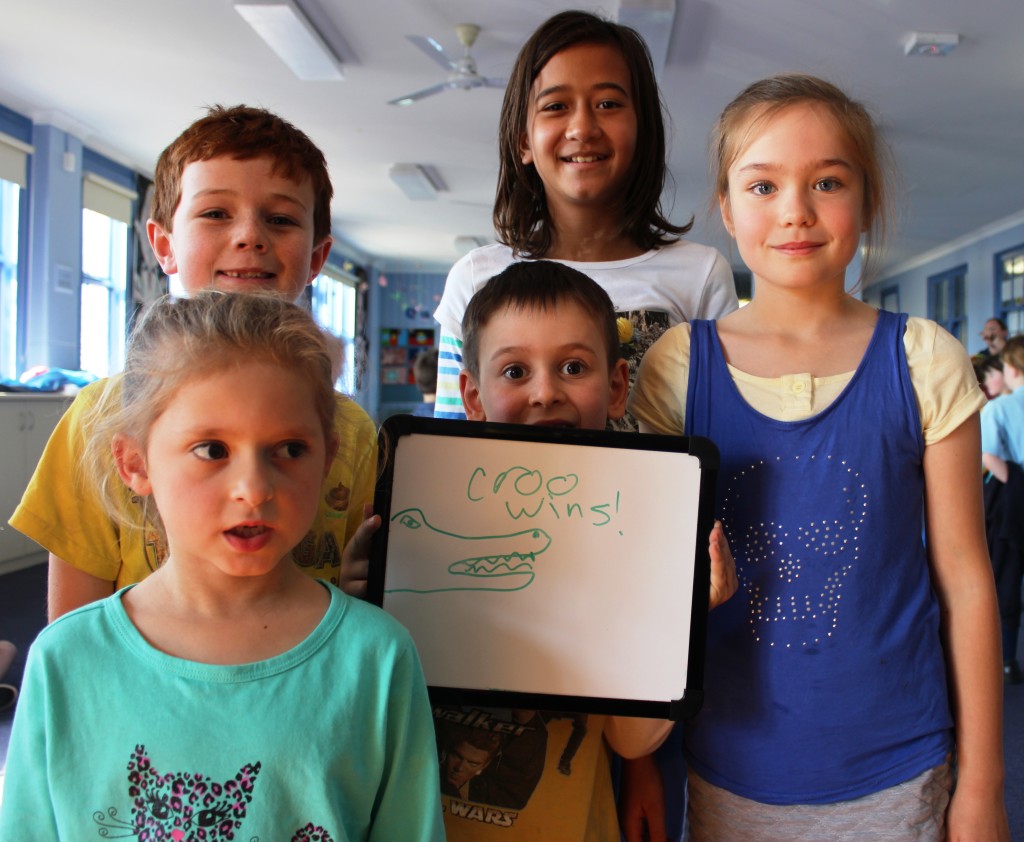 ook a sip. Suddenly I saw something rustle in the bushes. I stated running but before I could, something sharp bit me in the leg! I turned around and realised it was nasty old Mr Croc! My worst enemy! So I bit his leg but then he whacked me in the face with his long tail. “My eyes,” I screeched loudly. He sat on me… 1, 2, 3, 4, 5, 6, 7! Knock out!

I head into the murky African river, keeping my nose and eyes just above the water to breathe and see. My mottled brown and orange smooth, slimy skin shimmering in the sun. A scaly crocodile enters from the opposite bank, creating ripples in the water. I slowly swim over, careful not to disturb the muddy, still water. The crocodile comes closer, aware of my presence. I open my jaws slowly, revealing the yellow, dirty, blood-stained teeth. 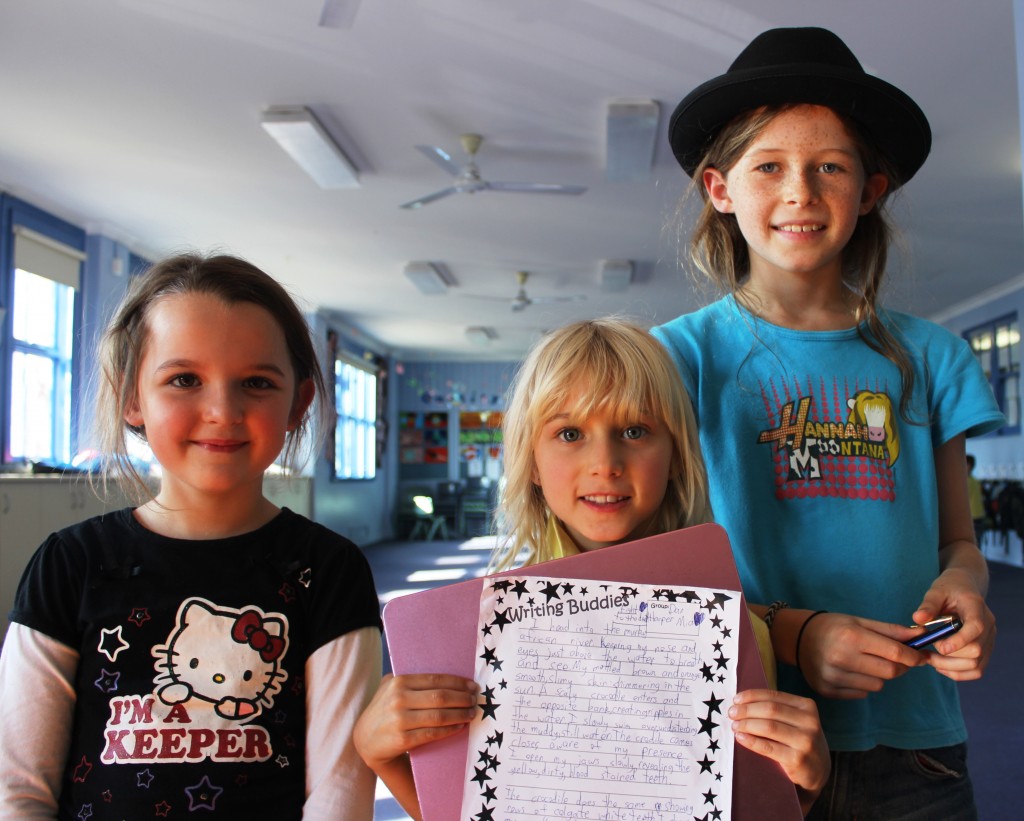 The crocodile does the same, showing rows of Colgate-white teeth. I reveal my mouth above the water, making sure he can see the impending, inevitable doom ahead of him; it’s a threatening display. The reptile continues to head towards me…

This week in writing buddies, students were given an imaginative stimulus that asked the questions – why was there a secret door in the back of her closet? Why had it just opened? And what could possibly be… down the steps?

Our groups discussed a great variety of creative ideas and developed some excellent writing. It was impossible to choose only 1 excerpt to share… so here are 3. Well done to Lachlan, Max and Rory whose group’s work is published below. 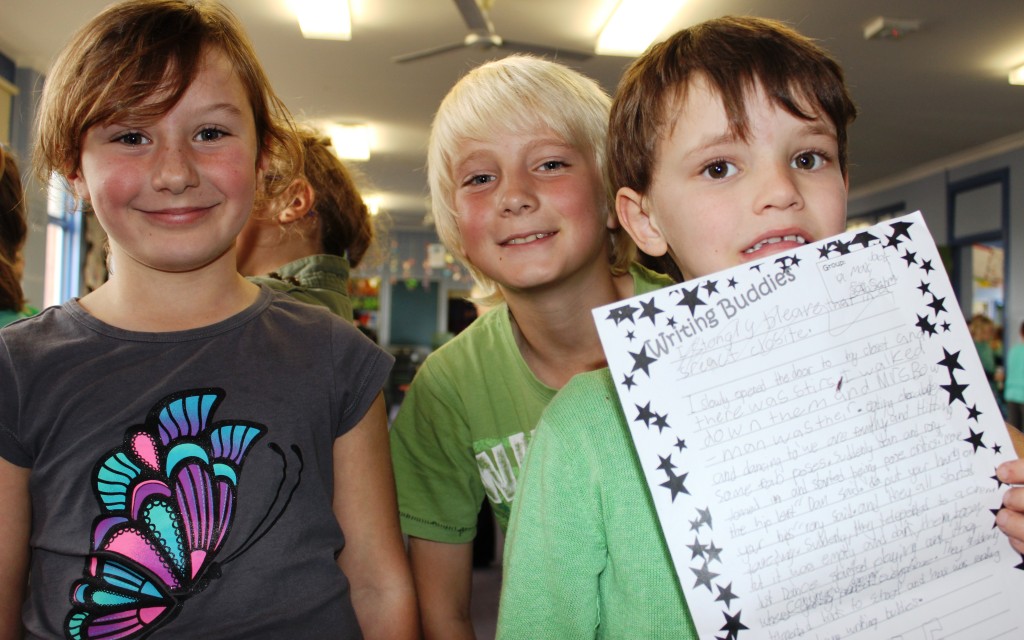 I slowly opened the door to my closet and there were stairs. I walked down them and Mrs Bowman was there, eating chocolate and dancing to ‘We Are Family’ and hitting some fab poses. Suddenly Dan and Rory joined in and started being pose critics. “Move the hips left!” said Dan. “Put your hands up,” said Rory. They all started dancing. Suddenly, they teleported to a cinema but it was empty and dark… then boom, Just Dance started playing and they continued dancing. They suddenly teleported back to school and Max was reading a story during writing buddies!
Written by Max, Jack and Sahra. 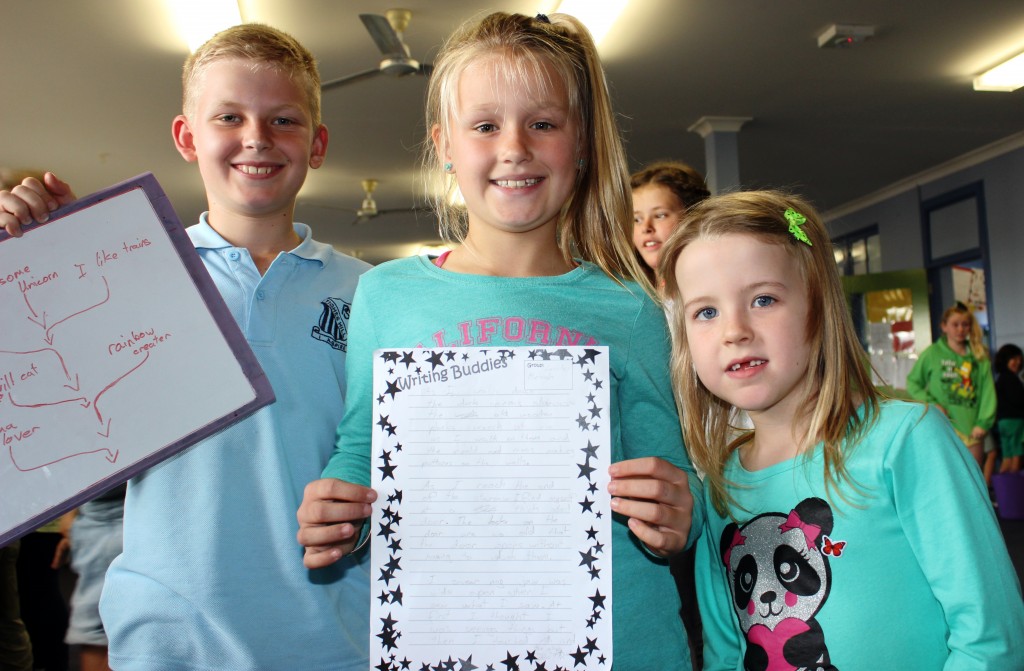 As I walked down the dark ominous staircase, the old planks screeched at me as I walked across them, the mould and moss making patterns on the walls.

As I reach the end of the staircase, I find myself at a thick steel door. The locks on the door are so old that the door opens without having to unlock them.

I swear my jaw was wide open when I saw what was inside. At first I thought I was imagining things but then I touched the glass case it was in and realised I wasn’t. It was a diamond as big as a basketball or maybe even bigger. I lifted off the heavy glass casing and went to pick up the cumbersome jewel when I realised that I had set off an alarm…

Written by Lachlan, Mekah and Chloe 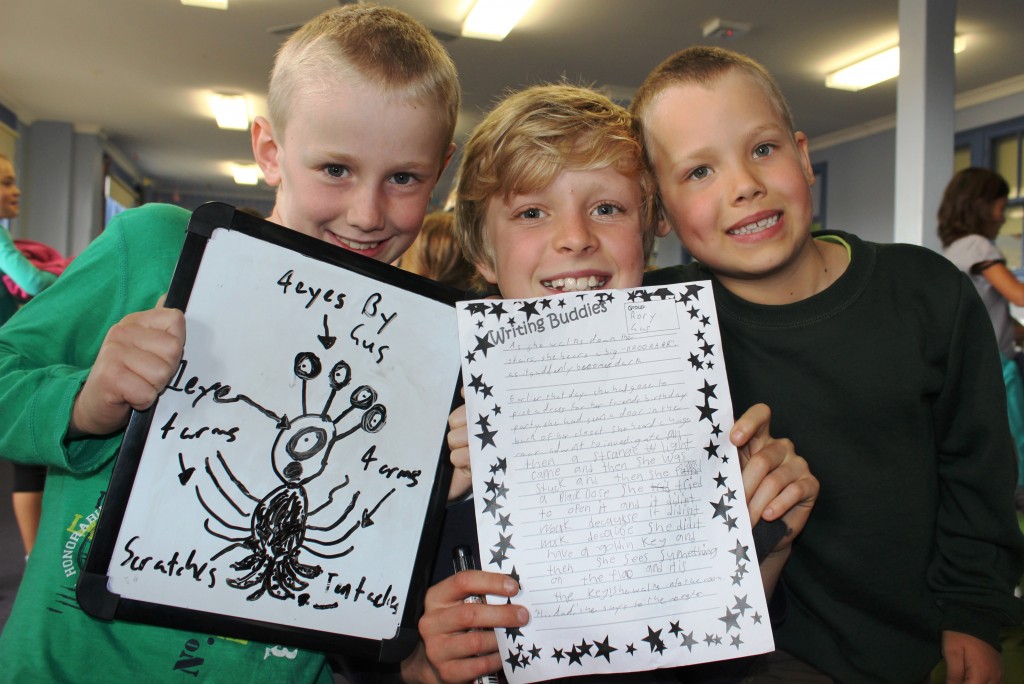 As she walks down the stairs, she hears a big ‘RRROOAAARRRR’ and it suddenly becomes dark.

Earlier that day, she had gone to pick a dress for her friend’s birthday party and she had found a door in the back of her closet. She heard noises and went to investigate. A strange light came and then she was stuck. She saw a black door and tried to open it but it wouldn’t budge. ‘RRRROOOAAARRR’.  She needed a golden key. She sees something glimmering on the floor – it the golden key!

She walks into the room. “Hi, Dad,” she says to the monster.

Written by Rory, Gus and Riley.

In our Writing Buddies session today, students were asked if they would prefer to be a pirate or a ninja for a day. A difficult decision, however, students generated lots of great ideas and some very persuasive writing techniques.

Well done to Louis, Chelsea and Henry who were our most persuasive group this week! An excerpt of their writing is below… 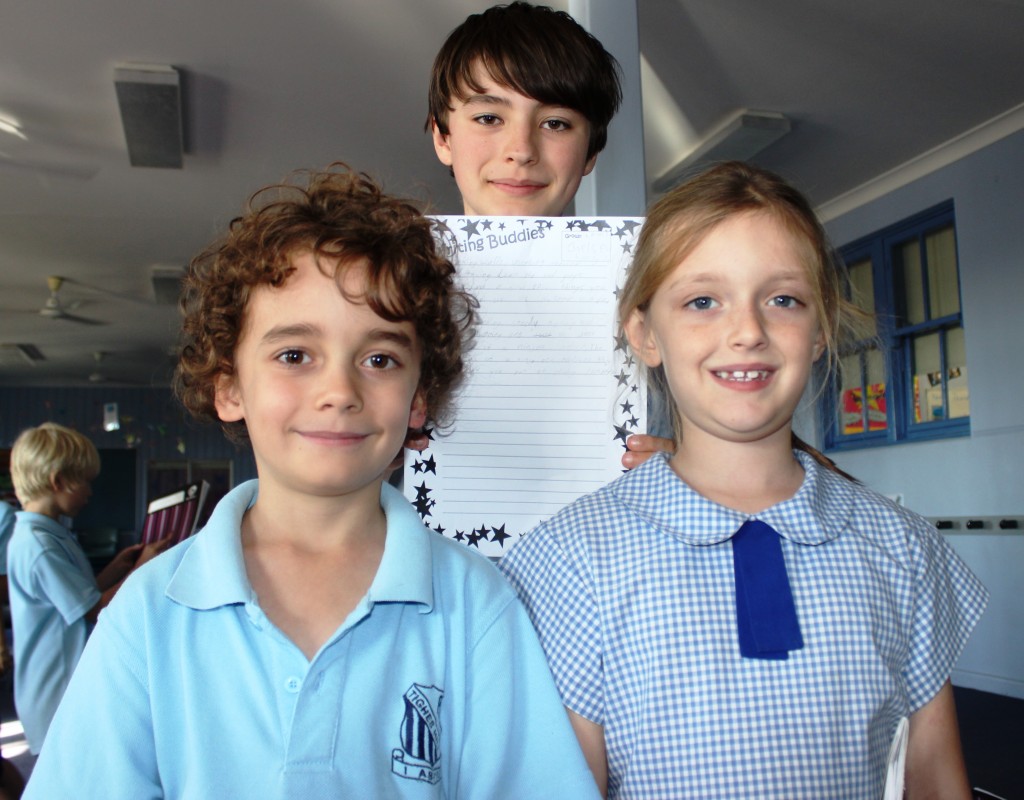 Climbing walls, sneaking around and taking down the bad guys are just a few epic things you can do as an awesome ninja!

Wall climbing, speedy running and high jumping are just a few ninja tactics. The abilities of a ninja are endless. They can get you out of many sticky situations!

This term the OC are taking part in Writing Buddies with 1E and 2B (poor 2B missed out on a buddy class last term due to our school now having an odd number of classes!) so students will have 2 cute little buddies to work with.

We began last week with a persuasive writing stimulus and it was great to see so many great ideas and convincing arguments. Well done, OC for sharing your terrific writing skills with our younger students!