Congratulations to Chelsea who has won the recent FABO Writing competition by children’s author Melinda Szymanik. Using Melinda’s story starter below, Chelsea created an ending that “was well written, had some fresh, interesting language, used the World War One setting, and felt complete, taking us back to the shed for the next adventure.” Well done, Chelsea!

“Whew!” David exclaimed. “That was a lucky escape.”

They’d made it back to the shed. David held a squirming ratty firmly in his left hand.

“All we need to do is step back through the hoop,” Ella said, chewing at her bottom lip nervously. “Folk dancing is the worst. I thought I was going to die of boredom. And …. that person you were partnering with for the Hokey Pokey…”

“That person you danced with, is my mum,” and Ella burst in to tears.

“Eww!” David twisted his mouth in a grimace. “Gross!”

“Don’t say that! Let’s not talk about it,” Ella sniffed. “I just want to go home.” And she grabbed David’s right hand because the thought of going alone frightened her more than the thought of holding his hand, and stepped into the circle of the hoop.

“No we’re not,” Ella said, pointing at the black gym smock now hanging from the hook on the back of the shed door, her eyes wide.

David swallowed. He looked around at the uncoloured, leather rugby and netballs done up with laces like a boot, at the metres and metres of thick ropes in snaking coils, and the pile of hoops just like theirs, but made out of bamboo cane, stacked in a tangle in the corner.

Ella stepped towards the door and opened it an inch peering out onto the court. David joined her and they goggled at the two rows of children standing out on the asphalt, the girls in gym smocks and the boys in grey buttoned down shirts and black shorts.

“What are they doing?” David asked. “Is … is that Mrs Satterworth?”

They both strained to hear what the lady in charge was bellowing at the students.

“Our brave boys are fighting for our freedom in Gallipoli and across Europe, but that doesn’t mean there is nothing for us to do here. First, some marching to warm us up. Then boys, you will be filling sand bags and girls, you will be knitting socks.”

“It must be World War 1,”David said. “Hey!” he exclaimed. Ratty had bitten his hand and David let go, the animal popping out onto the floor and scurrying out the door. “Hey,” he said again. “What are you doing?”

Ella was pulling the gym smock on over her head. “I’m blending in. We have to save ratty. Maybe he’s the key to all this.” And she stepped through the doorway.

The Winning Story by Chelsea Young

“Wow,” David muttered under his breath as Ella snuck out of the sports shed and ran silently after Ratty. “What are the odds that we’ve traveled back in time, and a rat could be the cause of our problems.” Shaking his head, he slinked out of the dingy, dark shed after Ella. He hoped he could catch the rat before Mrs Satterworth or any of the other students saw it. But it was too late. The girls were shrieking and the boys were trying to thump it with sandbags. Above all the chaos, Mrs Satterworth’s voice could faintly be heard, trying unsuccessfully to restore order. David shook his head and tried to slip into the crowd unnoticed. That didn’t work. He was worried that he would might be beaten, or punished in some other horrific way, but all Mrs Satterworth barked was “You’re late!”

“Well, catch the rat and set it free, our boys in Gallipoli don’t need to see rat guts on the sandbags.”

Ratty was darting around the girls ankles, and avoiding the grasp of some of the older boys. David leant down and swept him up, much to the amusement of the boys who had failed before him. Ratty buried his head in David’s hands, as though it would protect him from the mean kids and heavy sandbags. He saw Ella poke her head out from behind a wall, and he put Ratty on the ground. Ella scooped him up in her hands, and hid back behind the wall. Mrs Satterworth kept encouraging the children to do their best work for the brave boys in Gallipoli, but David was distracted by

a soft rumbling that began to get louder. Mrs Satterworth noticed it too.

“Bomber planes!” She yelled. “Everyone get into the shelters!”
There was hysteria all around, but not from David and Ella. Seizing their chance, they bolted for the sports shed. Mrs Satterworth ran after them, yelling out to them. Ella knelt down and held Ratty in her hands.

“Ratty please take us to our time.” She said. They both jumped inside the hoops. The shed was modern and machinery was flying around.

“David…” Ella said cautiously. “I think this is after our time.”
David looked at her.
“You’re saying this is the future?” 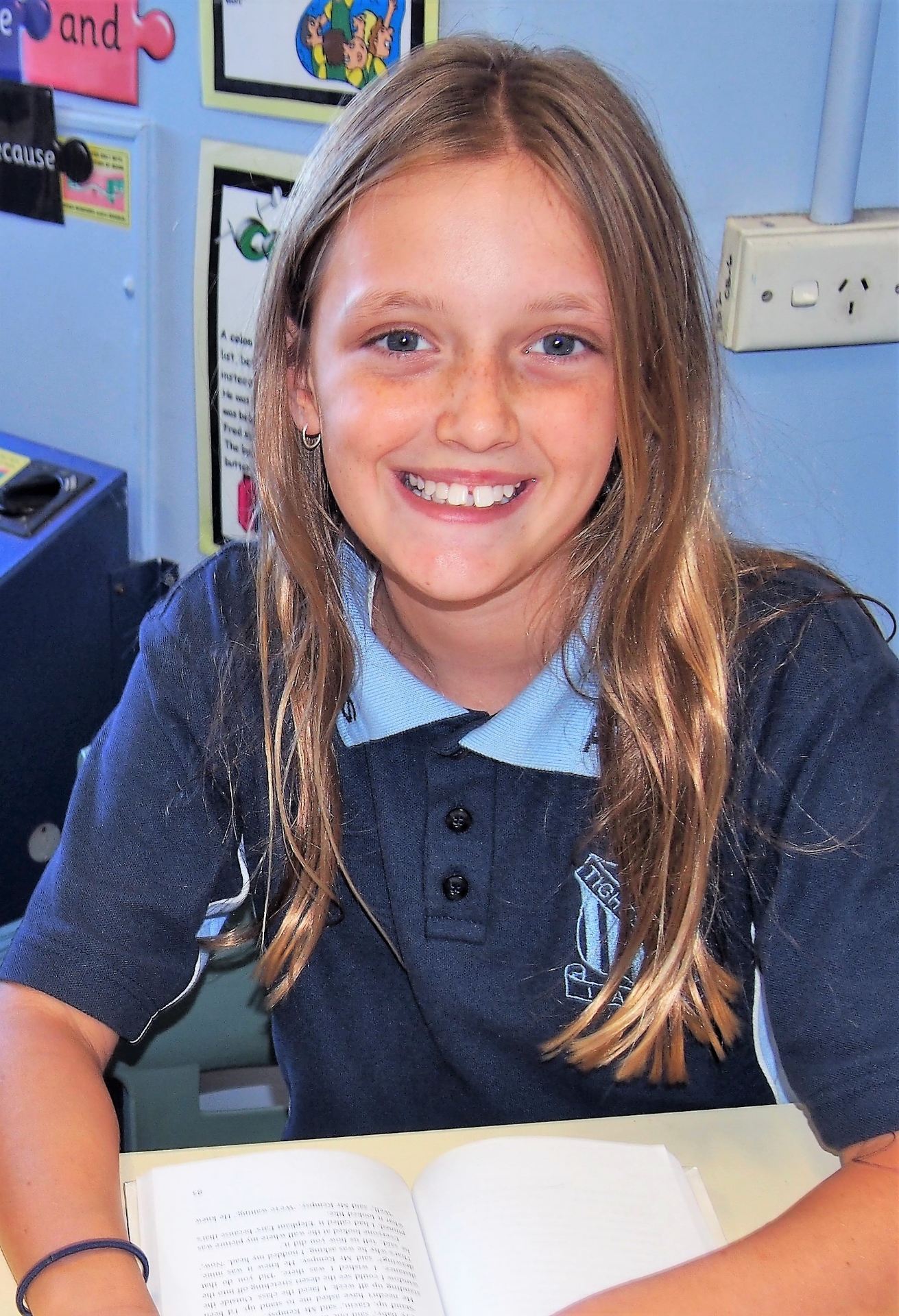