Well done to all of our wonderful students who made a fabulous effort on their Easter hats and wore them proudly at our Parade. Thank you to everyone for your generous donations and support of our mega Easter Raffle. Enjoy the long weekend! 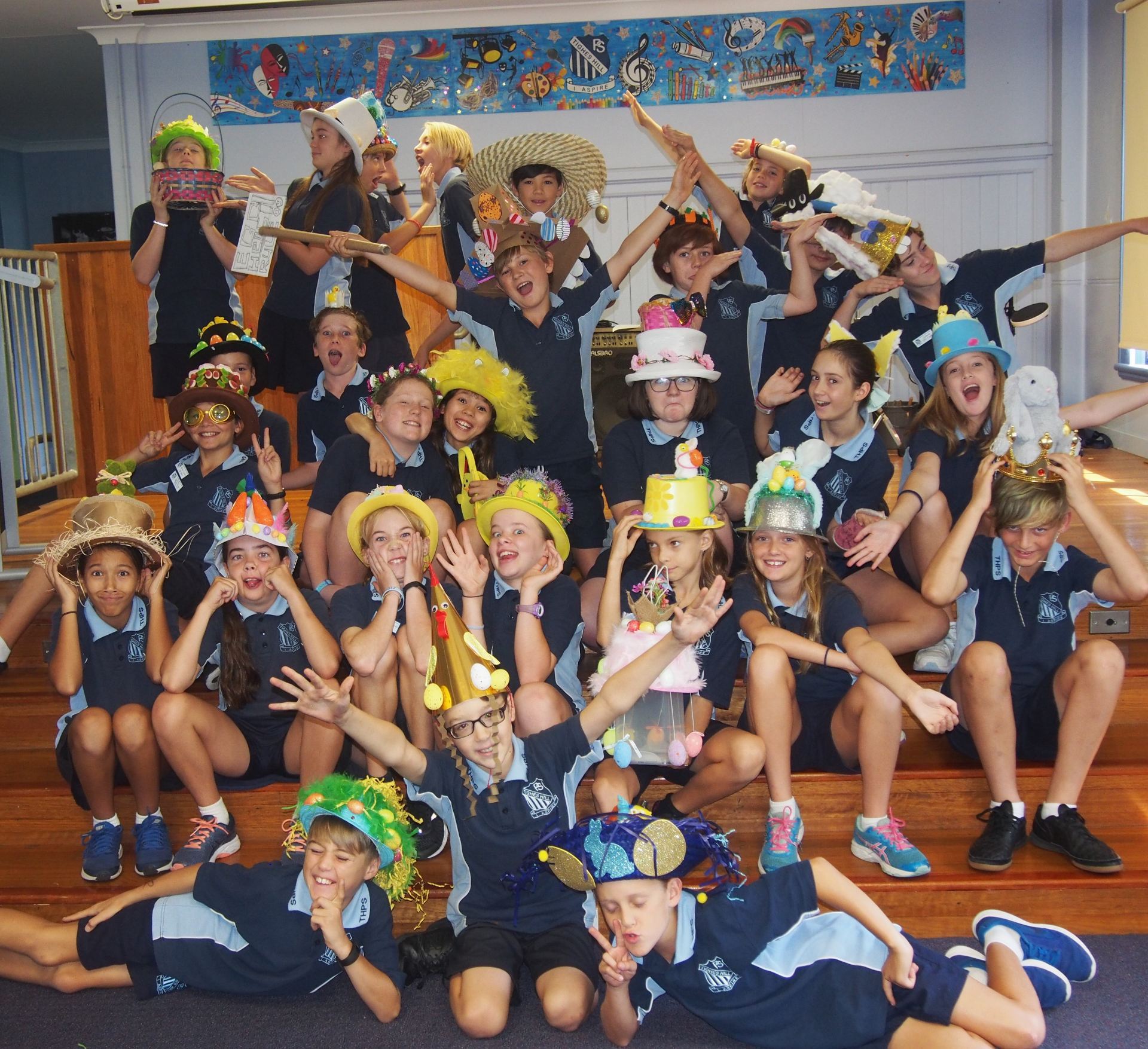 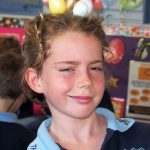 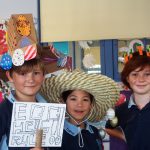 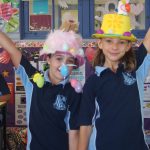 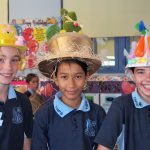 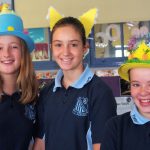 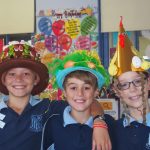 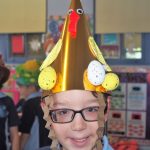 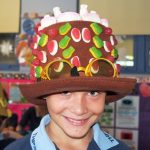 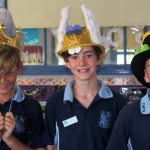 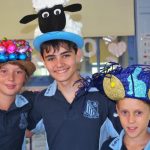 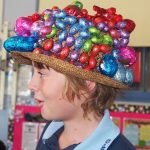 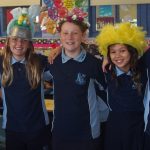 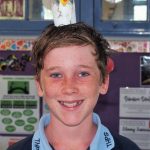 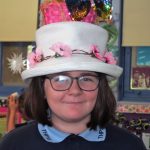 Today we received a special visit from our class mathematician, Dr Jarad Martin. As part of the Mathematicians in Schools program, Jarad has been visiting the OC for many years now, sharing his knowledge, expertise and insight of how maths can be applied in a variety of fields and careers. For our first visit of 2018, Jarad took students through a range of problems, focusing on different problem solving strategies and techniques. We look forward to more visits throughout the year and thank Jarad for sharing his time, enthusiasm and expertise with us. 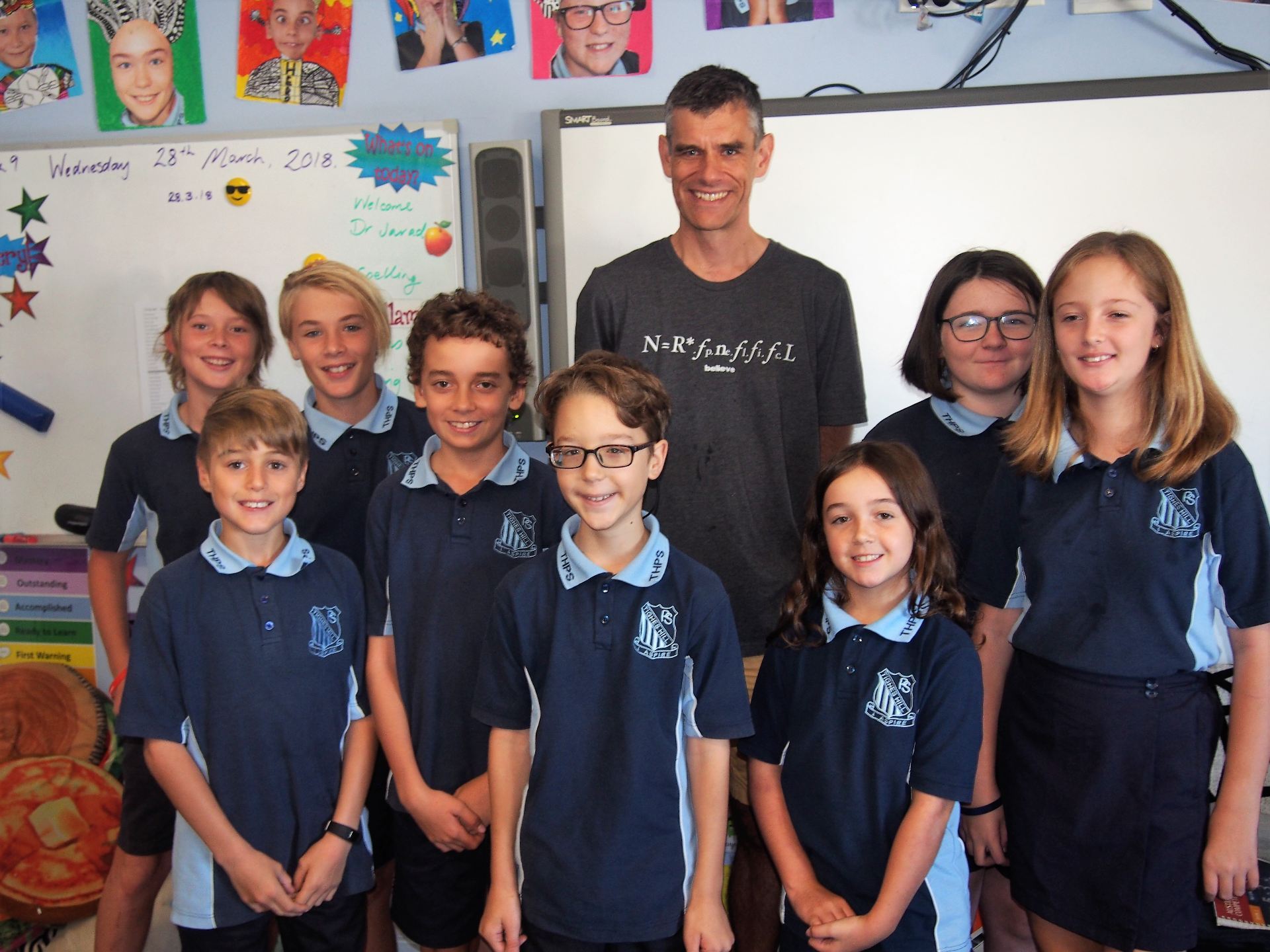 For this week’s challenge task, see if you can solve the silly ‘What Am I?’ riddles below (courtesy of Kids World of Fun)

1. You can break me easily without even touching me or seeing me. What am I?

5. I will always come, never arrive today. What am I?

6. I go around all the places, cities, towns and villages, but never come inside. What am I?

9. I have rivers, but don’t have water. I have dense forests, but no trees and animals. I have cities, but no people live in those cities. What am I?

10. I don’t speak, can’t hear or speak anything, but I will always tell the truth. What am I?

Well done to Hamish, this week’s Star! Funny, joyful and enthusiastic are just a few words to describe this wonderful young person. 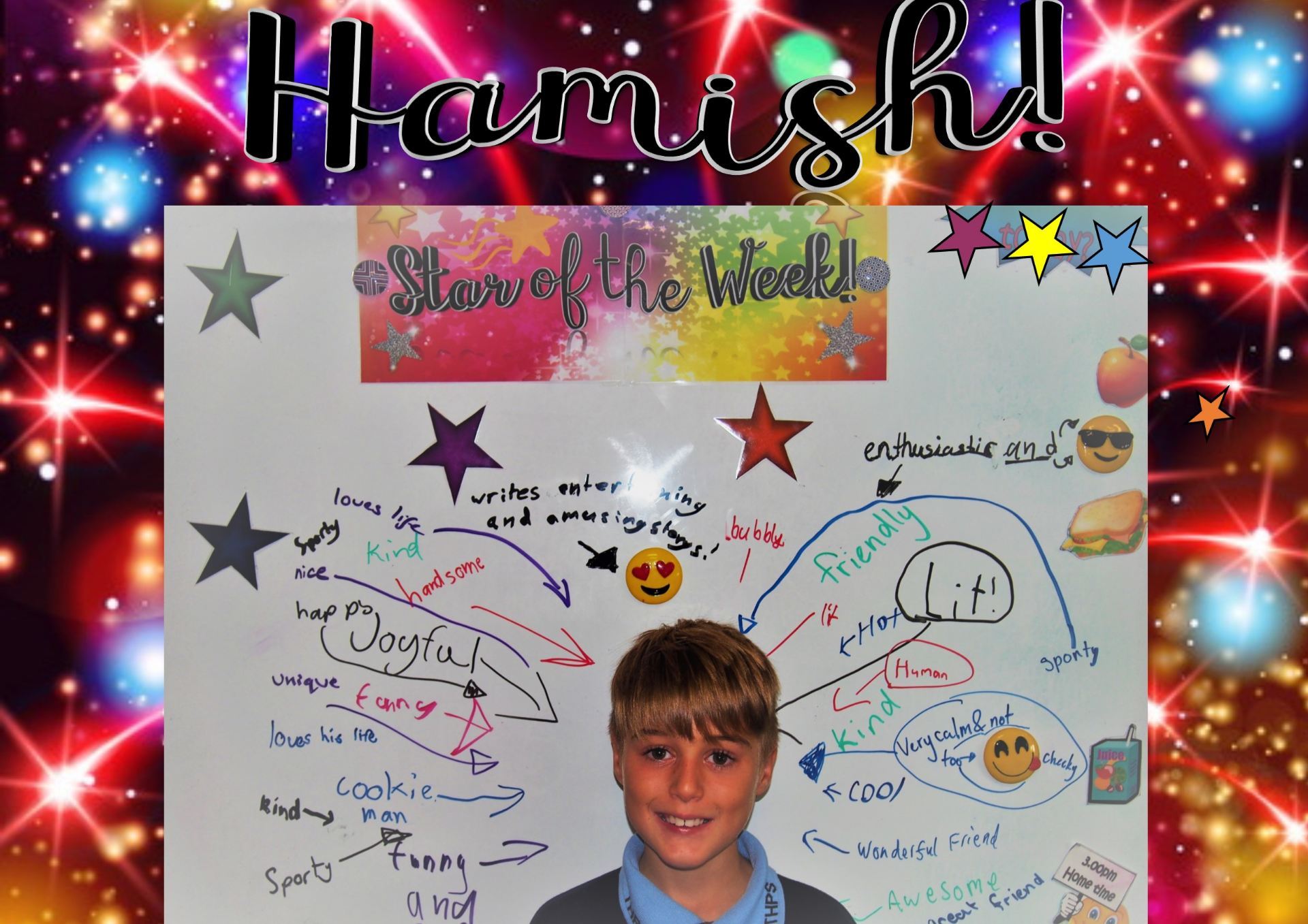 Have a listen to this month’s Reader’s Theatre podcasts, Gilgamesh in the 21st Century!


While the weather wasn’t exactly harmonious today, our students had a wonderful time celebrating Harmony Day. It was lovely to see so many orange and cultural dress outfits at Tighes Hill today! Students worked together to create beautiful worry dolls and rock art that represent each of their individual identities and cultures. A huge thank you to our generous families who brought in food to share and to our wonderful family helpers who assisted in serving food at lunch.​

Tell us about a talent you’d love to have… but don’t.

Well done to Edie, this week’s Star! Kind, caring and friendly are just a few words to describe this amazing young person. 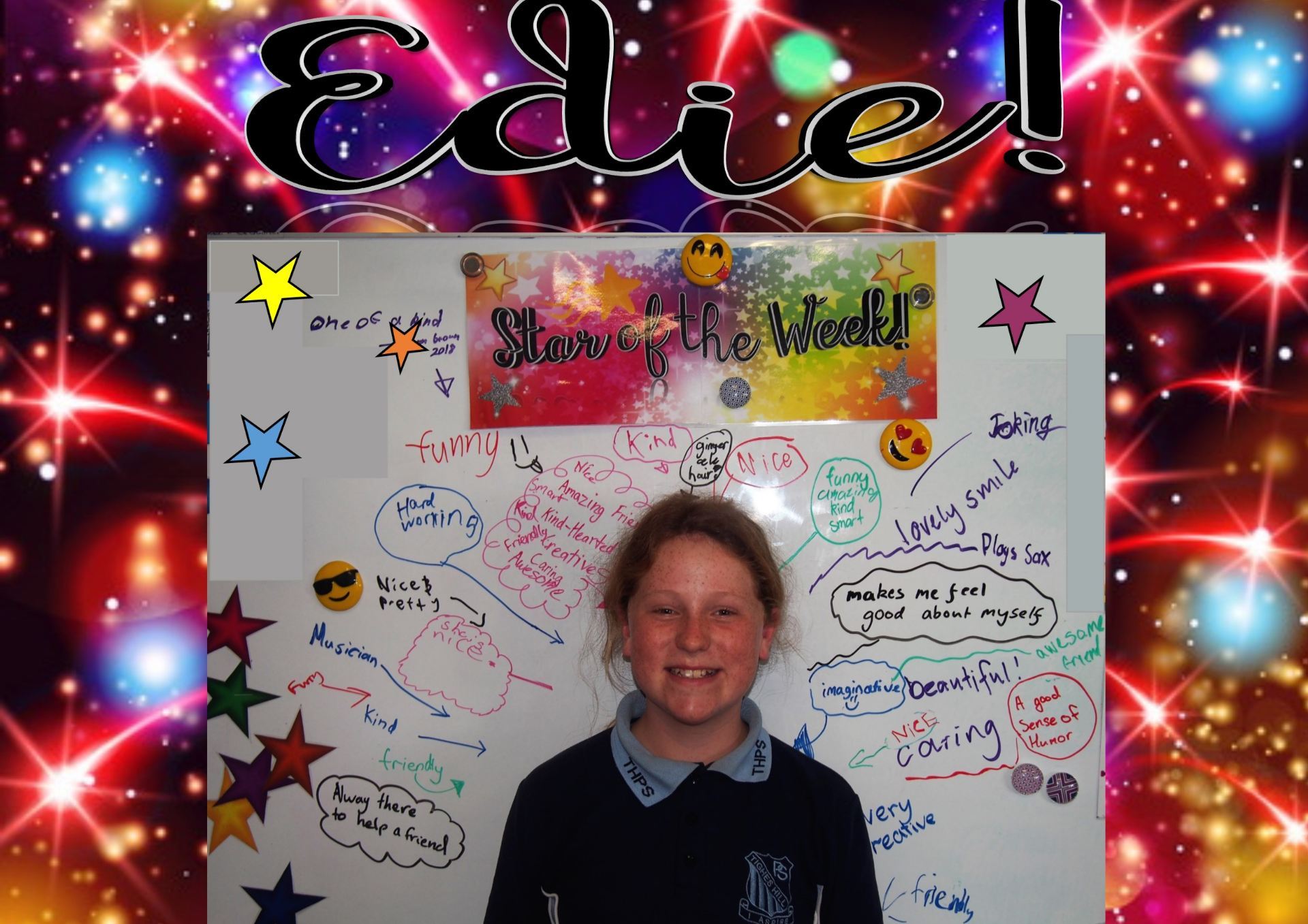 Year 3-6 Assembly 11.40am in the upper hall – we will be presenting our Children’s University passports.

Harmony Day Celebrations – shared lunch from 12.30pm in the upper hall and performances from 1.40pm. Dress in orange/cultural dress for a gold coin donation.

Reminders: Easter Raffle tickets on sale this week before school! Book your parent/teacher interview at schoolinterviews.com.au

Students were given the challenge to write a sizzling start using the image below as their prompt. We voted for the best 5 which will be displayed on our school writing wall in the downstairs foyer. Enjoy! 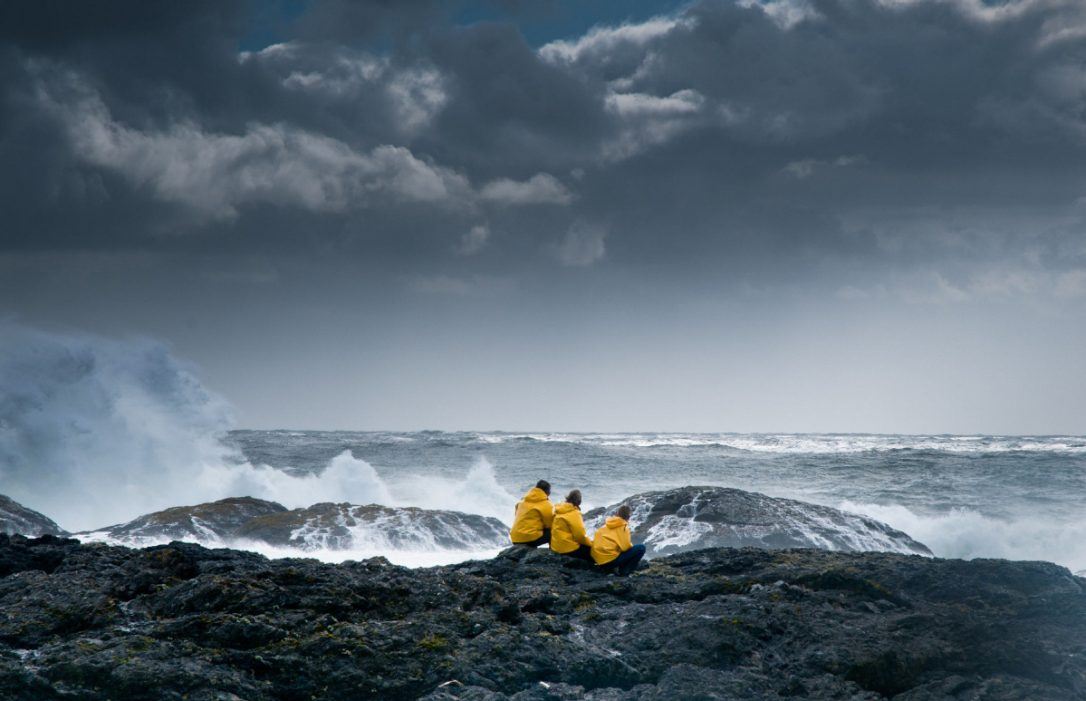 My feet crunch along the sandy ground as I make my way towards the deep-blue carpet of water in front of me. In the distance, a barge floats weightlessly along the water, two ferries at its side. I sigh as I watch it slowly crawl its way along, its monotonous journey as gradual as ever. I come here sometimes, to remember her, how much she loved the ocean. At times I think about that moment, what I could have done, how I could have helped her. But, I know, there was nothing either of us could have done to prevent that dreadful day…

“How do you lose a boat?” I exclaimed, throwing my hands up in frustration.

“It was a small boat,” he mumbled sheepishly, tugging on the drawstrings  of his raincoat.

The waves towered ominously above our heads before crashing down onto the rocks and spraying our faces with salty water. We were surrounded by the ocean, and the rocky crevices of the island did little to protect us from the rain.

“When we get back I’ll buy you a new boat,” he offered.

“You named your boat?!” He turned to face me cautiously.

The three of us sat on the rocks, eyes closed, channelling our power into the waves. The black clouds overhead let loose a barrage of cannonball-sized raindrops that splattered against our already soaked bodies, making concentration nearly impossible. But despite our situation, we all felt the surge of core power, the water’s energy surging through us all. A battle of steel and magic raged behind us, the noise drowned out by the hum of our power. Then, without warning, a tidal wave burst from the depths and engulfed the island, drowning all those who were not protected by a charm. When the last puddle had ran back into the sea, we heard cheering. The soldiers were celebrating. They thought they had won the   battle. How little they knew.

The soggy wood felt brittle and old under my feet as I trudged along the deck of our sad little fishing boat. Another wave rocked the vessel and my hand flashed like lightning onto the rusty handrail which bent and snapped under my weight. My hand scraped along the wet floor as I plunged into the dark depths below. My head throbbed as I painfully opened my eyes. “Where am I?” I muttered.

“Do you think he’ll be found?”

Mum turned to me look at me, her face a mixture of sorrow and sympathy. Her long butterscotch hair was contained and tucked safely away from the wind by her luminescent yellow hood of her raincoat.

“Probably not, honey,” she replies in gentle tones.

“I was talking to Sammy, Mum.”

I turn to my older brother, but I’m greeted with empty space, harsh waves, and jagged rocks covered with wooden planks from the boat we loaned from the lab. It had smashed through the towering waves and on to the rocks, before collapsing into a thousand pieces on to the rocky mound of land.

“Sammy?!”  I called out, but my voice was swallowed by the sound of the crashing waves. He had been stolen by the ocean, swallowed, just like many before him.