Congratulations to Oscar, Noah G and Noah K who were announced as the winners of our Stage 3 CEP Film competition – Best Script and Storyboard.

Last term all Stage 3 had the opportunity to work in groups to produce a film script and storyboard for this year’s Digital Media Festival. Films had to contain a key and the line ‘how hard can it be?’ Our prizes included their very own THPS Oscar statuette, movie tickets and the opportunity to have their film screened at the CEP Festival later this term. Make sure you buy your tickets (on sale each morning before school) and come along to watch our amazing short film. The winning school on the night wins a drone! We will also be selling popcorn and slushies at our fundraising tent. 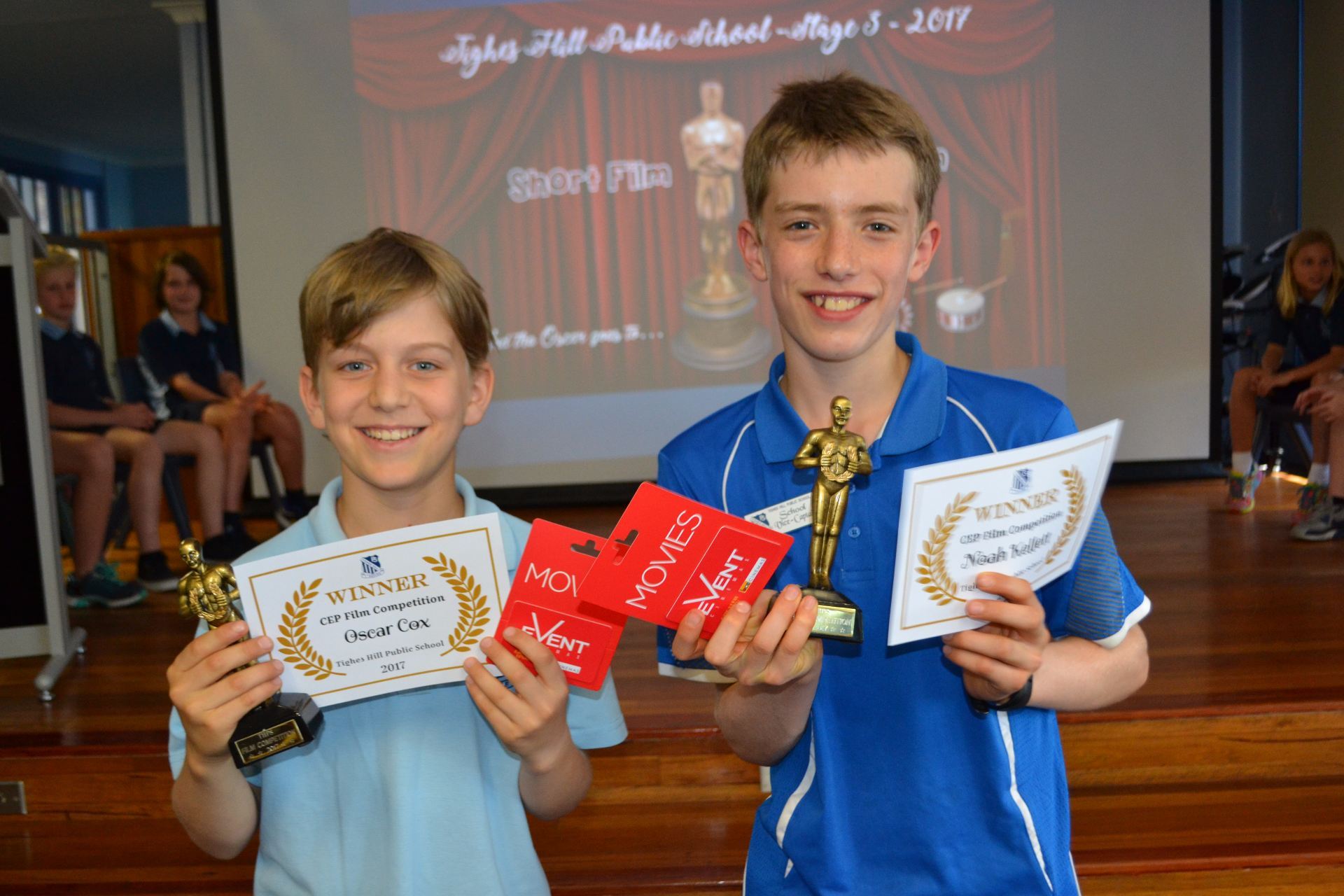 2 thoughts on “And the Oscar goes to…”