Last week our Stage 3 students attended a 3 day excursion to Bathurst Goldfields and the Blue Mountains.

Our day began early and we made good time travelling to Echo Point where we stopped for morning tea and to view the Three Sisters. We then set off to Jenolan Caves and despite a very nausea-inducing bus ride arrived at the caves for lunch and a tour. Our tour guide took us on a wonderful exploration of the massive Lucas Cave which amazed us with its beauty and interesting rock formations. It was then back on the bus to Bathurst, where we arrived at our new home for the next two days. The students were very excited and enthusiastic to settle into their dorms and prepare for the night’s activities. After dinner and dessert students prepared for the highly anticipated T-Factor (thank you Mrs Bowman) where we were entertained with all sorts of singing and dancing performances. (Make sure you watch the video below – hilarious!)

Our second day began early with a variety of activities that allowed the students to gain an understanding of life on the goldfields. They enjoyed bush cooking, making a campsite and mud bricks and also went on a site tour with our friendly guide Barry. After lunch students were able to try their luck at gold panning. Unfortunately none of us struck it rich, but enjoyed having a go. After dinner we set off up the hill for our colonial music night. Here we sat around the campfire, sang some traditional folk songs and had fun doing some bush dancing.

On our third day we began by packing up our rooms ready for the bus trip to the Blue Mountains. Our group was accompanied by 4 guides who took us on an epic bushwalk down through the Blue Mountains where we walked down the historic Furber steps – all 1000 of them! The scenery was spectacular but unfortunately my camera had died by that stage. When we reached the bottom we boarded the new scenic railway with its glass roof which travelled backwards up the hill at a 52 degree angle. Thankfully the ride only lasted a few minutes! After lunch outside Scenic World it was time to board the bus ready to head for home with a quick stop a Maccas on the way back.

Wow! What an amazing 3 days. Thank you to all the wonderful Tighes Hill kids and teachers who made this trip so fantastic. It was such a worthwhile experience for our students who, for many, were experiencing their first camp or time away from home. I would also like to commend our students on their excellent behaviour during the trip. I received many kind remarks from tour organisers at the Goldfields as well as from the public during our McDonald’s stop. Great work, Tighes Hill and enjoy your 2 weeks of holidays. You deserve them!

Well done to Allan and Heather from the OC who were this term’s Principal’s Personal Best recipients. Today they got to enjoy a gourmet selection of morning tea treats with Mr Selwood to celebrate their success. 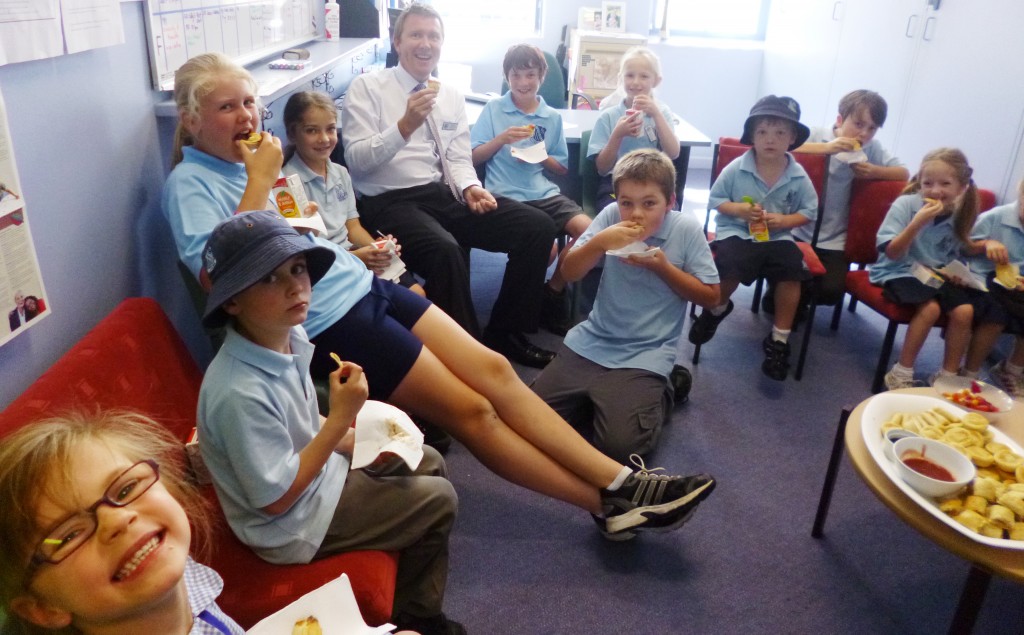 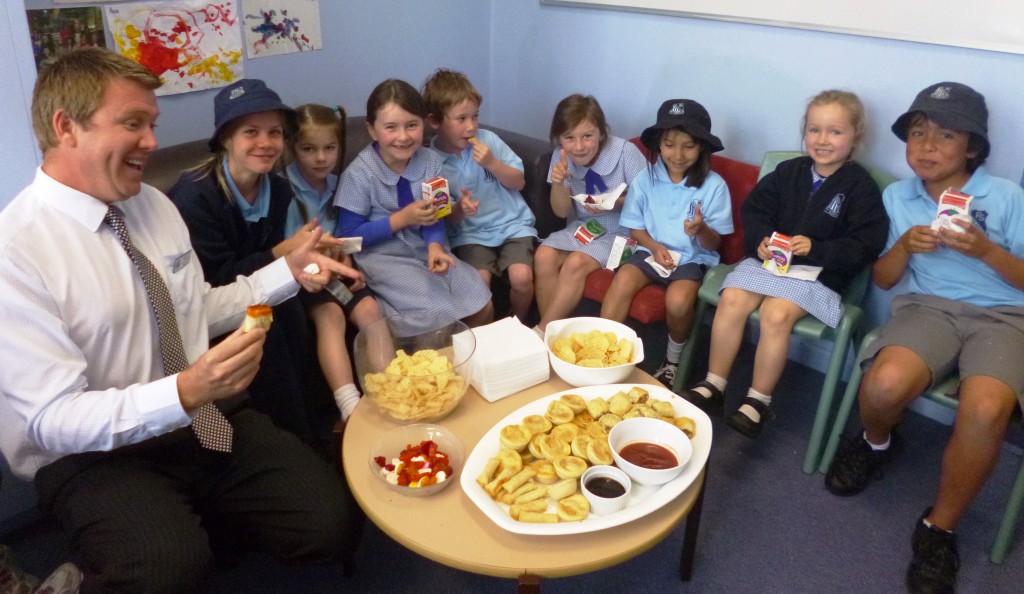 Today we were lucky to have a visit from our class mathematician Dr Jared Martin from the CSIRO Mathematicians in Schools program. Students worked at solving a variety of challenging maths problems using different number systems and looking at binary codes. A big thank you to Dr Jared for once again sharing his time and expertise with our class.

Today was very exciting as our prizes for competing in the Channel 7 game show It’s Academic finally arrived! All contestants and our 2 reserves received a Monopoly board games and some snazzy looking earphones. Enjoy! 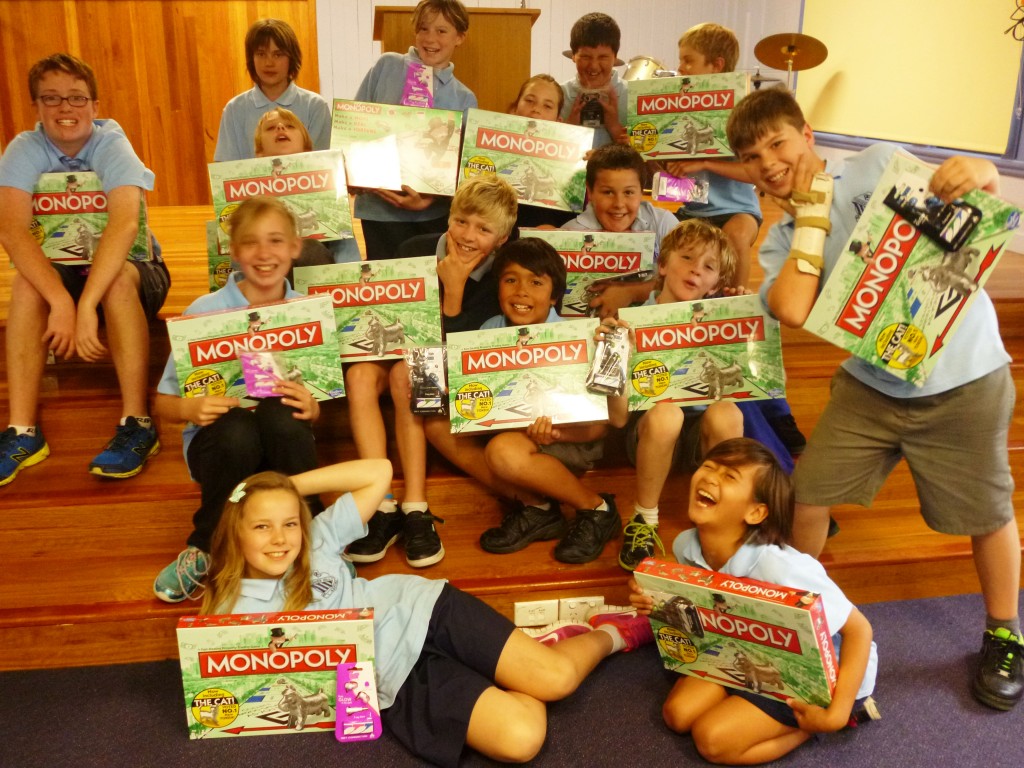 Wow! What a spectacular end to a very busy and productive week.

After weeks of planning and organising, our year 5 and 6 students today ran an extraordinarily fun and successful fair. The day was a triumph with many positive comments from younger students and staff that today was “the best fair ever.”

Thanks must be given to all students, families and staff who made today such a success! The sheer volume of donations and money raised was staggering. Well done, Tighes Hill. What a fantastic school community!

Yesterday our Year 6 students who are enrolling at Callaghan College Waratah Technology Campus next year were offered an amazing opportunity to attend a transition program at TreeTops Adventure Park. As you can see in the photos below, our students had a terrific day conquering the challenging obstacle course through the trees and getting to know students from other schools.

Thank you to Mrs Sheehan and Mrs Ireland for accompanying our students on this excursion.

Earlier this week to OC attended an excursion to the Hunter Wetlands Centre for the Gifted and Talented Student Challenge. They were also joined by Jewells PS OC and Maryland PS OC.

The adventure began by testing the water quality of the BHP Pond and the Farm Dam. The students used a range of equipment, including thermometers, indicator paper, turbidity tubes, anenometers (which measure wind speed), and compasses, in order to answer a range of questions about their surroundings. They had a bit of excitement whilst collecting and analysing data at the Farm Dam when a huge gust of wind blew Callum’s English book into the water! It was very amusing watching the kids put their brain power together and use their turbidity tubes to rescue the drowning book. An engineering feat!

Afterwards, they explored pond animal biodiversity by collecting samples of animals from the pond water. It was very interesting to see the different life forms that live in the pond. The students found a variety of species from freshwater shrimp to bloodworms!

From here they went on a guided walk along the Canoe trail. The scenery at the wetlands is absolutely amazing. Even though it was a very windy day, they enjoyed taking in the picturesque surrounds.

To conclude the day, all three schools came together again and the students split into their groups to report on the following:
•water quality on BHP Pond and Farm Dam
•pond animal biodiversity
•the differences between Brambles Pond and the Canoe Trail
•facilities provided by the Hunter Wetlands Centre and how they assist visitors on site

The OC represented Tighes Hill PS wonderfully. They spoke well during their presentations, and were a respectful audience to the other schools. We had a wonderful time at the Wetlands.

A huge thank you to the amazing Mrs Bowman and super Mr Gillett who accompanied the OC on this excursion in my absence.

Well done to our students who participated in this year’s Newcastle Herald Writing Competition. Our entry was published in last Thursday’s edition and is also attached below in case you missed it! 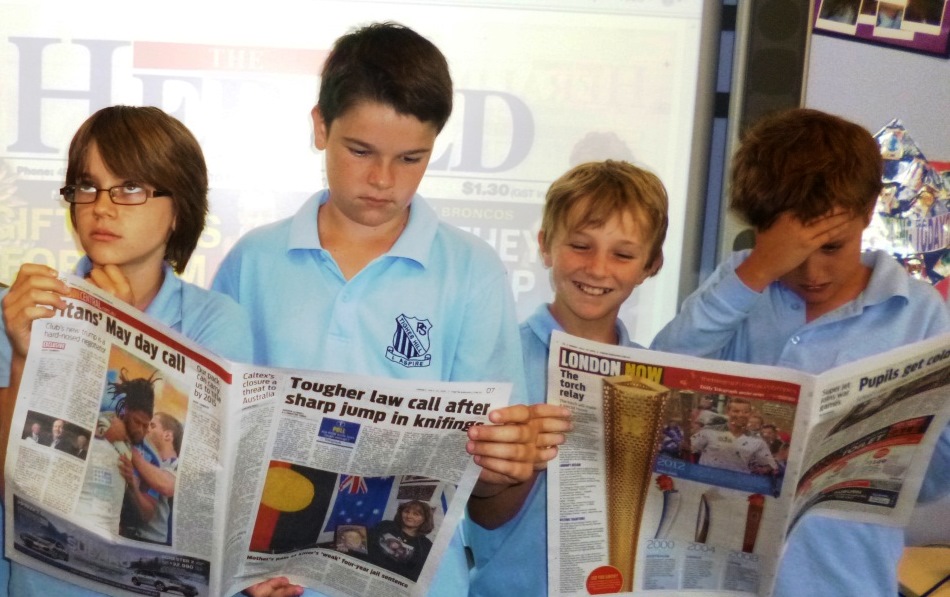